Setting Up A Shot List on the Movieskits.com Web Site

Once you have your script written, you can set up a Shot List. Any shot list set up here on the website will then show in the Movie Skits Director app for you to tape each shot one by one in order to complete your mobile video production.

To begin setting up shots, after your script is written, click the ‘Set Up Shots’ button in the upper right corner of the Script Editor on the website.

On the Set Up Shots screen, click Load Script to begin. Warning: Only click the Load Script button once at the beginning. If you click it again to reload and then Save, you will loose any work already completed.

To set up a single shot, use your mouse to select the part of the script to be used for that shot, then click ‘Add Shot’. 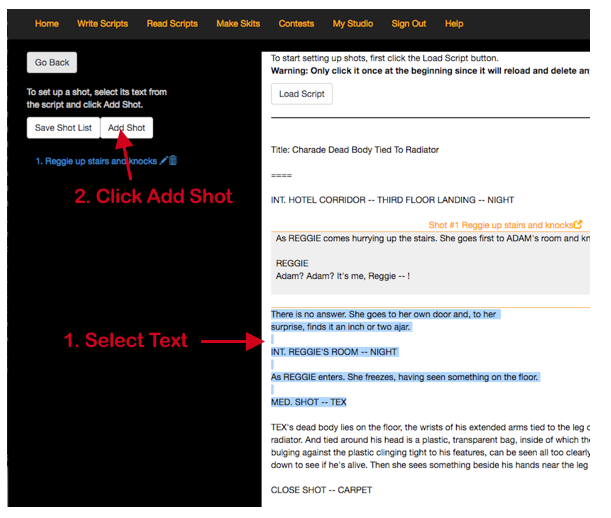 Selecting the Dialogue to setup a shot. 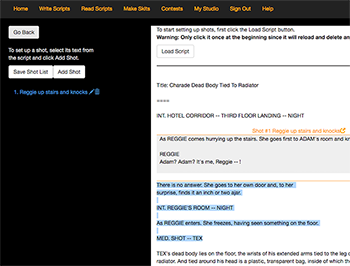 Selecting the Dialogue to setup a shot.

A form will popup. Fill in the details of the shot, like Name, Shot Notes, Shot Type, Camera Movement, and Camera Angles. You can also upload a png or jpg graphic like a storyboard drawing, or in the Canvas box, use your mouse to draw out a VERY ROUGH storyboard. 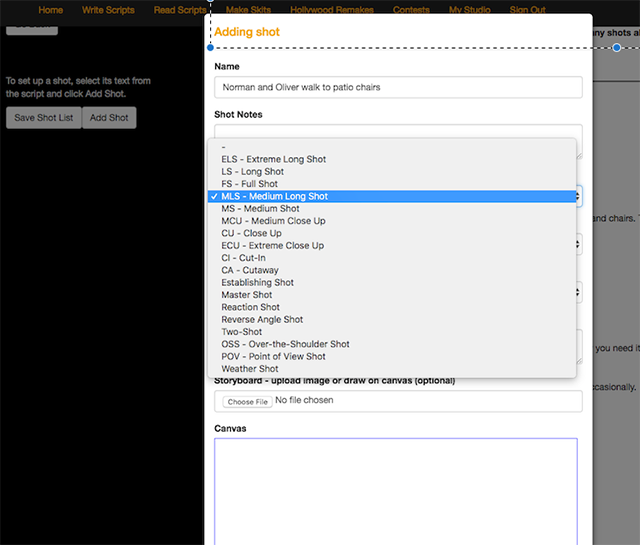 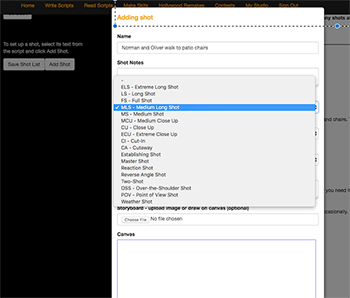 As you complete the shots, you’ll see a numbered list of them to the left. There you can select to edit or delete any shot. 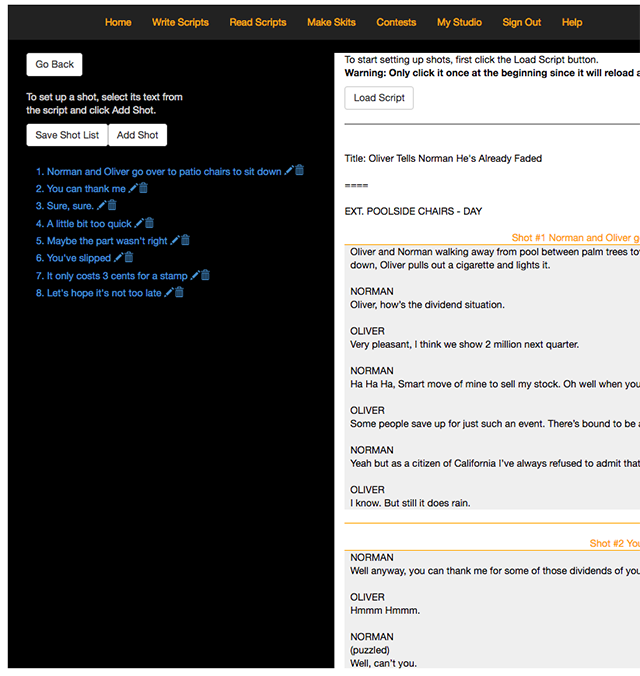 Shows the Shot List to the left and the already setup shots highlighted in the script on the right. 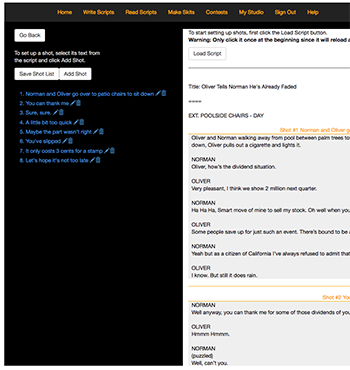 Shows the Shot List to the left and the already setup shots highlighted in the script on the right.

Once you’re finished, or if you want to return to finish later, click ‘Save Shot List’ before leaving the Shot List Setup screen. Your script and its shot list will now be available for you to use in the Director App under the Find > My Script section.